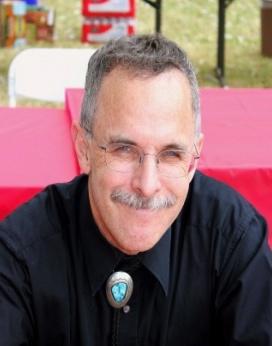 Douglas A. Loy is a Professor of Materials Science & Engineering at the University of Arizona with a joint appointment in the Chemistry Department. His group’s research interests include new sunscreens, sol-gel chemistry and processing, new materials for additive manufacturing, and hydrogels. He received his BS (Chemistry) from the University of Arizona in 1984 where he worked in the polymer labs of Professors James E. Mulvaney and Henry K. Hall. Dr. Loy received a master’s in organic chemistry from Northern Arizona University, studying polymeric inhibitors of ice nucleation. He received his PhD (Organic Chemistry) from the University of California at Irvine in 1991 where he studied the chemistry of, polyacrylimidates, bridged polysilsesquioxanes, and bridged siliconates in the laboratory of Professor Kenneth Shea.  He was a postdoctoral associate for a year in Sandia National Laboratories Fuel Science Division where he conducted research on the physics and chemistry of fullerenes. In 1991, Dr. Loy became staff at Sandia, eventually becoming a Distinguished Member of Technical Staff. His research interests focused on sol-gel science, fuel cell membranes, and thermally removable materials. He was the project leader of a Grand Challenge project (9M) at Sandia focusing on the development of Bio-MicroFuel Cells. In 2003, Dr. Loy went to Los Alamos National Laboratory for two years to lead the Nanomaterials Synthesis Team before coming to Arizona in 2005. He has published over 100 peer reviewed papers & proceedings, 47 conference proceedings, seven book chapters, and 25 patents.